Yesterday I was trying to think of things I could make to use up the rest of the wonton wrappers. I came across a pretty basic recipe (ground pork, chopped ginger, soy sauce, green onions . . I can’t remember what else) so I grabbed a pound of pork sausage from the freezer, defrosted it, and mixed everything up. 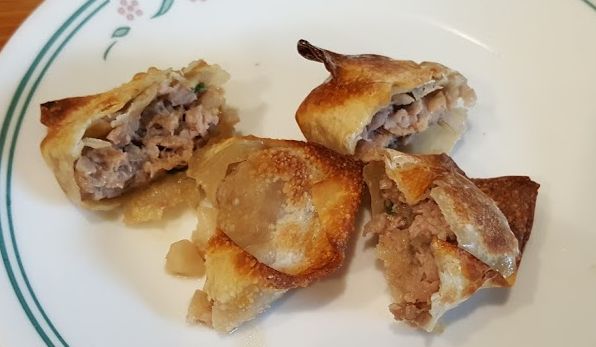 The filling was blah . . at best. I decided to spice things up a bit. I added a good bit of garlic, sauteed a chopped jalapeno, chopped onion and quite a bit of Slap Ya Mama seasoning. 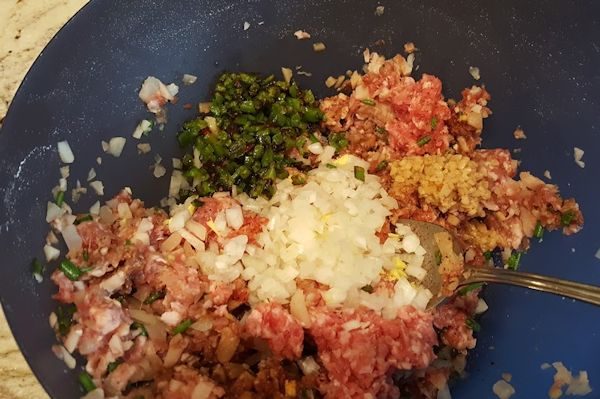 I figured the jalapeno gave them a bit of Texas flair, the Slap Ya Mama tossed in a little cajun and the garlic brought out the Italian!

They’re so easy to make and they don’t take long at all. 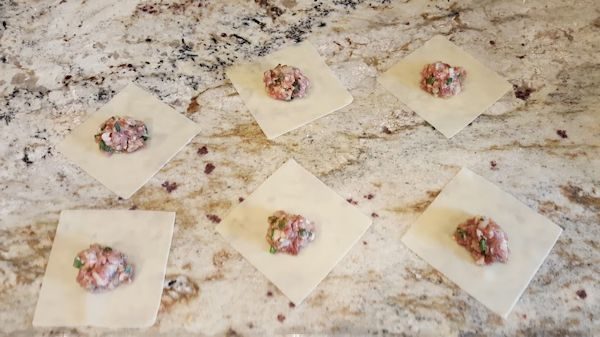 I went ahead and spritzed the outsides with olive oil. 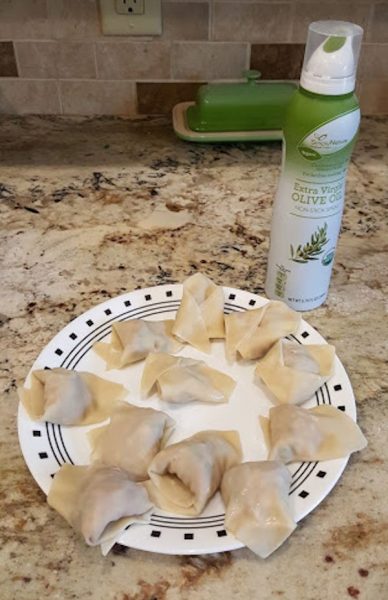 We had Asian Dumplings in the pressure cooker and “fried” wontons in the air fryer and both were perfect! 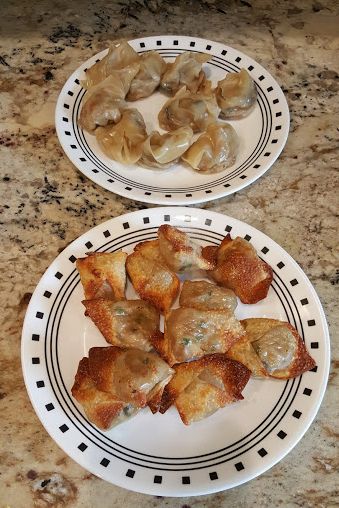 Both the pressure cooker and air fryer prove their worth over and over!