Every time I post something about the air fryer, I get questions about the model I use. We have the Philips Model HD9220/28 and we absolutely love it. Since my friend, Denise, told me about baking potatoes in the air fryer, that’s the only way I’ve cooked them. Because potatoes from the grocery store sometimes aren’t great inside, I often bake an extra potato and then use any leftovers for something else. One day I had baked several extra potatoes because we had company and the potatoes were small. I stuck the ones we didn’t use in the fridge and then next morning, scooped out the  insides, tossed with a bit of olive oil and some Slap Ya Mama and put them back in the air fryer and cooked at 390° til brown on the outside. They were so good and now I always cook extra potatoes so we can have the “breakfast potatoes”. 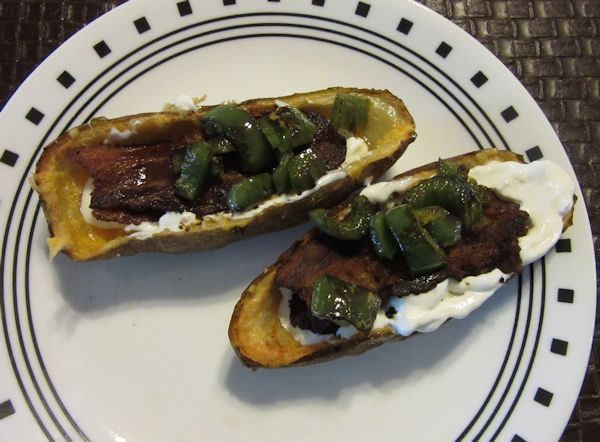 Not wanting anything to go to waste, I figured .. why not make potato skins. I spray the inside (after scooping out most of the potato) with olive oil and put them back in the air fryer to get them crisp. Then I sprinkle grated cheddar on top and leave them in the fryer to melt the cheese. 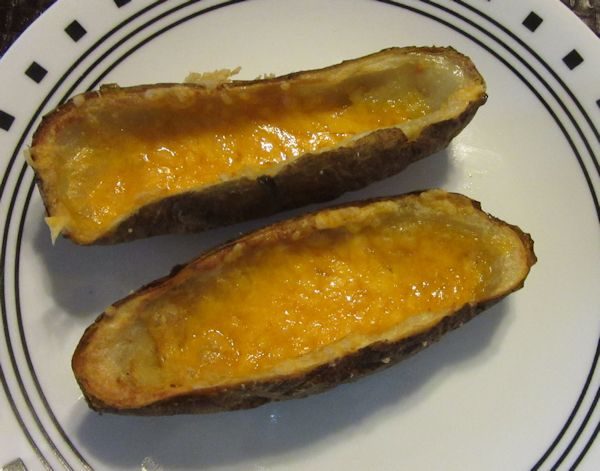 Next, we added sour cream, jalapeno bacon, and sauteed jalapenos. At this point, you can add anything you want to add – brisket, ham, fried shrimp . . make a meal out of leftover potato skins that too often I’ve thrown in the compost bin!

It’s a toss up as to whether I love the Instant Pot or the air fryer more but, for today, I don’t have to choose favorites.  🙂